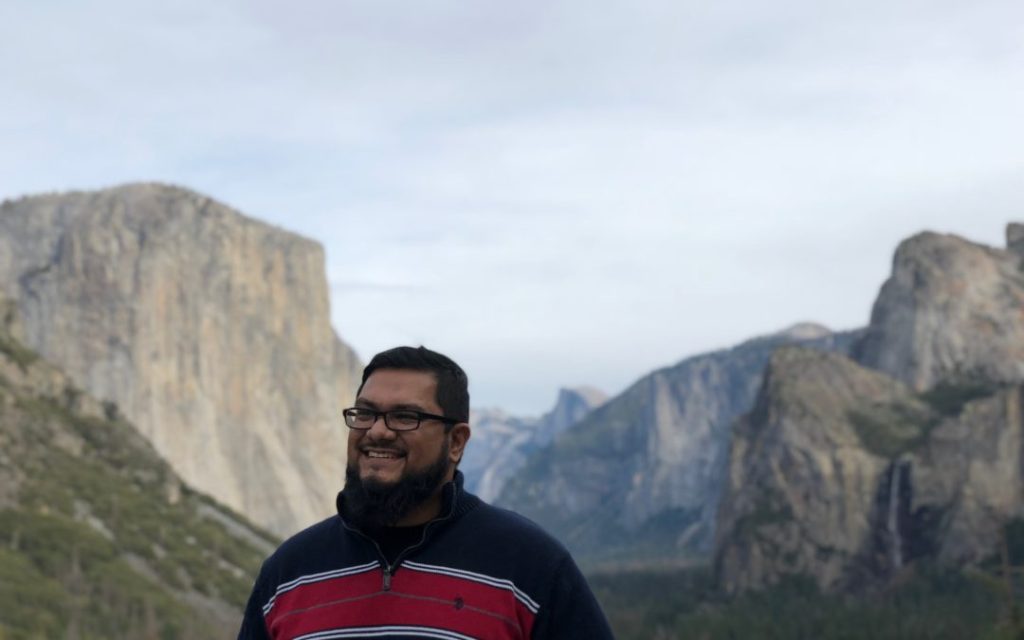 An interview with TrepHub founder Ahmed Reza, as originally published in The Beachside Resident.

Tell us about the origins of TrepHub. When did you all first come together and what is your overriding vision?

It all started with me wanting to move to Silicon Valley. I was flying there on the weekends to attend various events and was inspired by what I saw.  I met tons of creative people, many geeks who loved their craft and in the process I became a much better Engineer and Entrepreneur as I learned about new technologies and methodologies and got to connect with my counterparts at companies like Google, Facebook, Apple, and several of the hottest StartUps.

On describing my experiences to a fellow Engineer and co-worker at the time, Brandon Schmitt (who is my CoFounder at TrepHub), I learned that Space Coast boasted one of the highest per capita engineers in the country.  This was perplexing since I hardly saw the same vibe here.  I further learned that during the Y2K boom, we were a hub of innovation, and the recent NASA Shuttle project cancellation was just another in a series of setbacks for the area and it’s talent pool.  At the time, I used to hang out a lot with my coworkers Brandon Schmitt and Jim Maroulis. They are some of the smartest people I’ve worked with thus far, and I figured if there are more people like this, then maybe what’s missing is the Venue for them to meet.

Silicon Valley has tons of things for Engineers and Creative Types to do on the weekdays and weekends.  When these people get together I see what I can only be described as “magic” happen.  I’ve been a part of a hackathon where 5 complete strangers came together and built a complete product from scratch (being from the industry, where I’ve seen it take years, this was magic to me).  I really wanted to meet some similar people in the local area.

So I started a meetup group called Coders Hackers & Founders.  The first meeting was at the Sun Shoppe Cafe (One of the few places that would let a group with the word “hackers” in the name meet there) with Brandon, Jim, and 2 others who had shown up (I remember being so excited and someone else showed up).  That meetup group is now over 400 people and our total community is over 1000 engineers, entrepreneurs and creatives in the Space Coast.

When CHF had about 30 members, we saw a common trend.  Many of us were working on our own projects/businesses after hours.  It was hard finding a decent place to meet or collaborate, and you definitely didn’t want to bring a potential client to your Garage/Office.  So Brandon decided to rent some Office Space (2 office rooms to be precise) in a place that would be fun, Downtown Melbourne.  Those days we called it “Fight Club” for hackers and it was strictly invite only.  We remembered how many places were hostile to letting people meet up, so we opened up the offices to CHF and other community related meetups (Startup Space Coast being the second meetup).  We expanded from those two office to what is now a budding started ecosystem.  The experience of the community was really awesome and Brandon and I decided that we shouldn’t try to turn this into a money making thing, but rather something that other engineers like us needed.  So we formed TrepHub and filed for our non-profit paperwork.

Entrepreneurship is a roller coaster ride and TrepHub is no exception.  We have seen talented people from our community get taken by Google (who btw, is kind enough to sponsor us, so no ill feelings) and move from the area.  There are often startups that have great ideas and good people, but struggle in the area.  Then there’s the negative stigma and culture of secrecy that keeps people from collaborating and sometimes even scares them away from just hanging out.

One of the biggest challenges in dealing with potential founders is getting over the cultural barrier.  Creative and High Tech startups don’t follow the traditional route.  It’s move fast or die, meaning if you’re busy writing an 80 page business model, someone will probably beat you to market.  Then there’s the ever present fear of failure.  Most people have only had traditional types of jobs, and so the uncertainty and fear of failure found found so commonly in business causes paralysis.  It’s when they start to see that failing fast is not such a bad thing and it isn’t absolute, that they understand the value that the community provides in helping them get back up and try again.

What is one of the most rewarding projects you’ve been involved in thus far?

Every time I see a meetup group at TrepHub that I’ve never seen before or a Startup that’s launching from TrepHub, it is a rewarding moment for me personally.  TrepHub is bootstrapped and runs on a shoestring budget thanks to the efforts of SuperTreps (Our Community of dedicated volunteers) and we have launched more successful startups and built a community for a fraction of what well funded incubators can do.  This is something we, as a community, are proud of.

What is your general outlook on the state of technology and tech-related businesses here in Brevard? And what role do you hope to play in their furtherance?

In  my mind, Brevard is a Technology area.  It’s the biggest industry and talent pool.  I’ve seen the different types of people in this area and it is amazing.  We’re partnered with Florida Institute of Technology, the Space Coast Tech Council, and the Economic Development Commission, and enjoy very good working relationships with organizations in the area who are working very hard to make good things happen for the Space Coast.

I think our mission statement sums up how we see ourselves contributing to that:

“Our mission is to ignite the spirit of technology innovation and entrepreneurship by empowering the best and the brightest individuals that the Space Coast has to offer. We will do this by fostering the following values: a greater purpose beyond profit, spontaneous collaboration, ground-breaking innovation, and the courage to resolve problems for a world in desperate need of amazing solutions.“

What can prospective clients expect from you once they walk through the door or establish contact with you? That is, describe the process of taking them on board with you.

New members always report being surprised since we don’t operate like most organizations they’ve been to or are used to.  It is a little bit chaotic at times, and you may have to find your way around by asking whoever is close by, but that’s the point.  When you become part of TrepHub, you’re becoming part of the community.  People help each other out.  We have a wealth of information and connections which attracts most new members, but it is in becoming part of the community that you really get to take advantage of it.

Sometimes it’s hard for new members to get over the transactional nature of relationships with most organizations. Here the relationship stems from becoming part of the community.  You can pay for a lawyer and pay for an accountant, but you can’t pay for people to really care.  Especially if you want to get advice for an entrepreneur who has already made his millions (yes we have a few of those too).  That’s where the big value is to new members. They may have to introduce themselves to several people and pitch their ideas, but soon they’ll find the mentors or even other entrepreneurs whose advice they need.  Looking back at it, our success rate is higher than many well organized incubators (we don’t label ourselves as an incubator or an accelerator) in Florida and I believe this is one of the reasons why.

What are some of the services you offer that other similar businesses — here and elsewhere — don’t?

As far as I’m aware we’re a pretty unique organization, not just for the Space Coast but for the United States at large.  Our Community is the core of what we do and what we offer.  While we’re not always the answer, if you’re looking become engineer, artist or business person, you’ll likely have much to gain by becoming part of the TrepHub community.